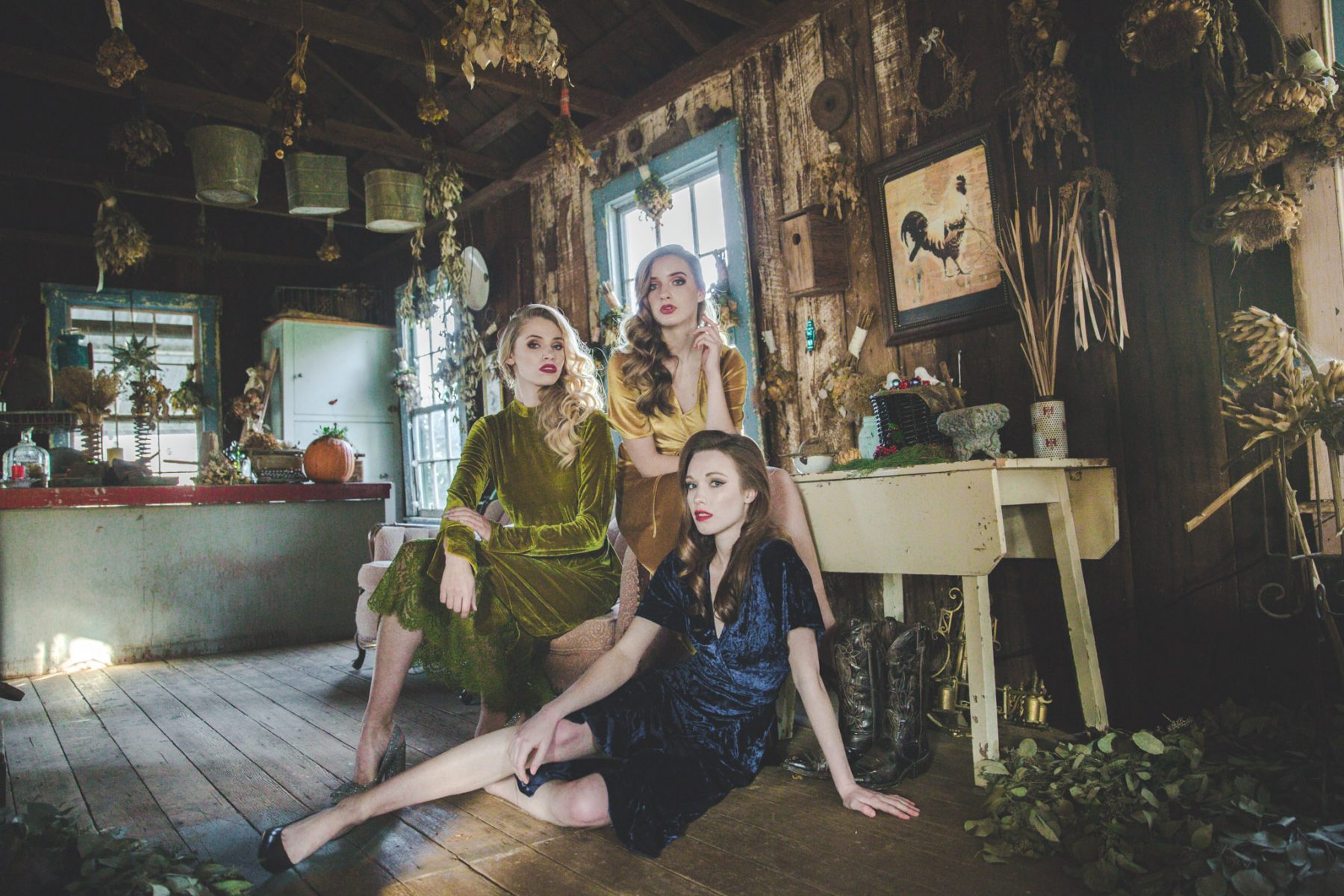 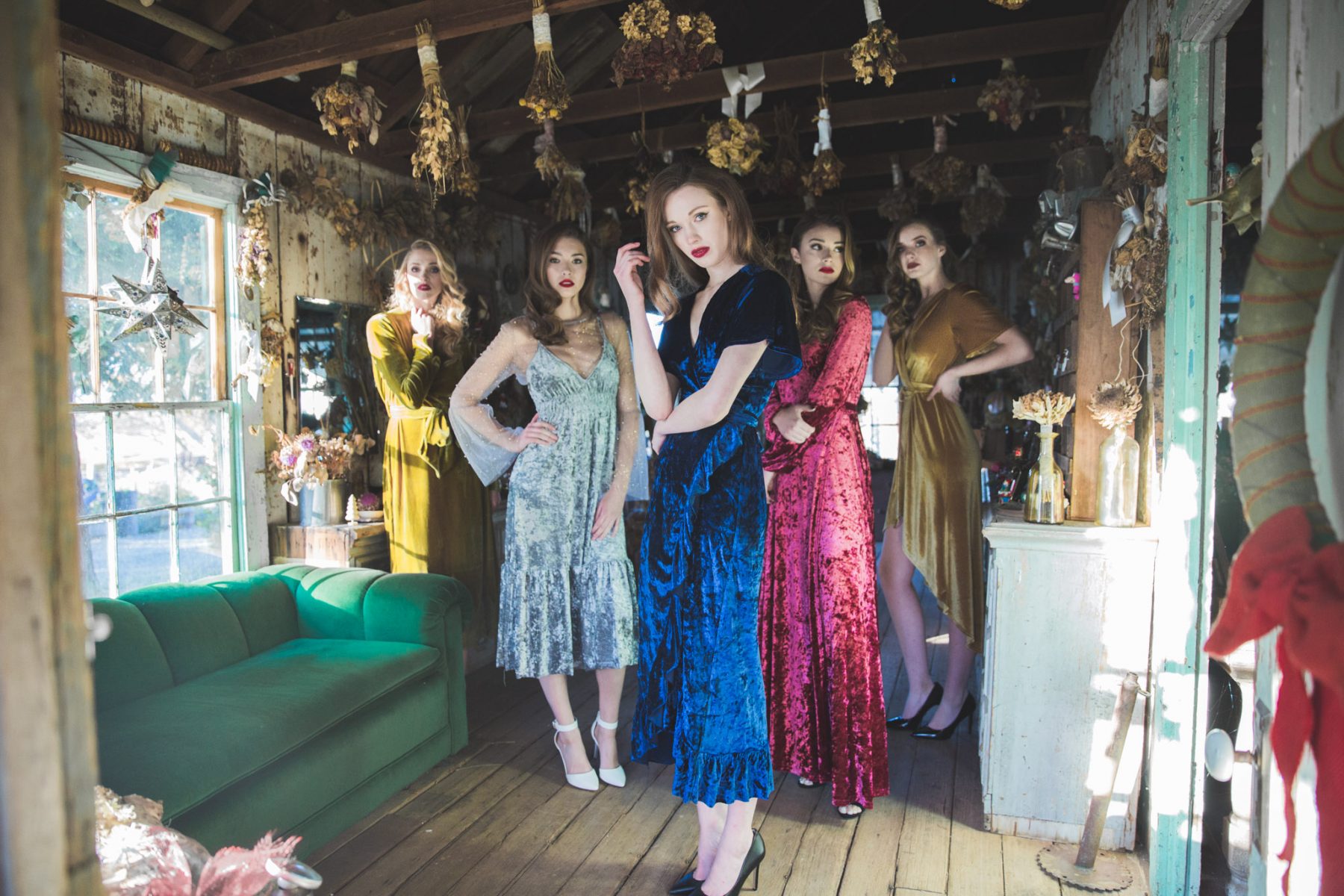 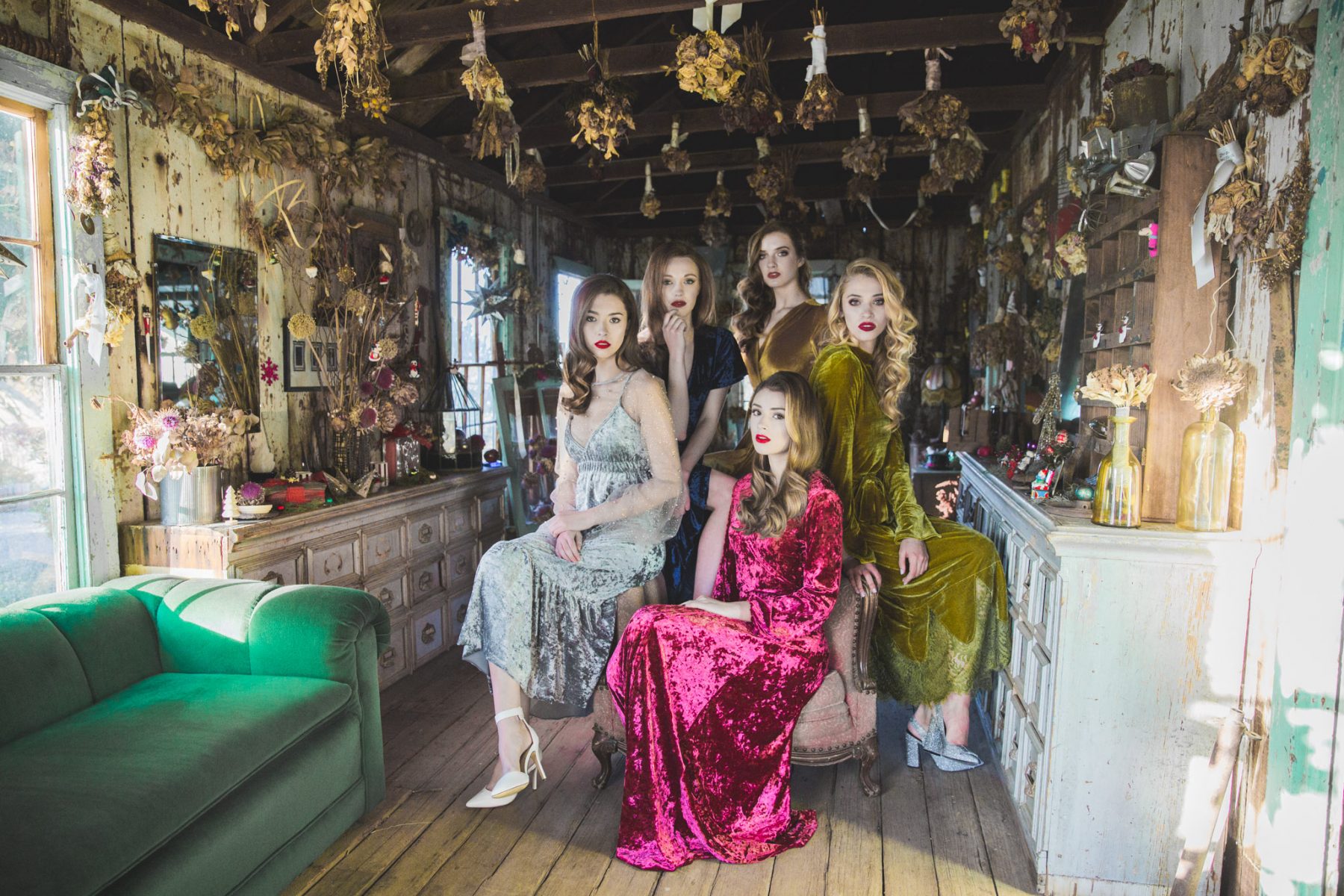 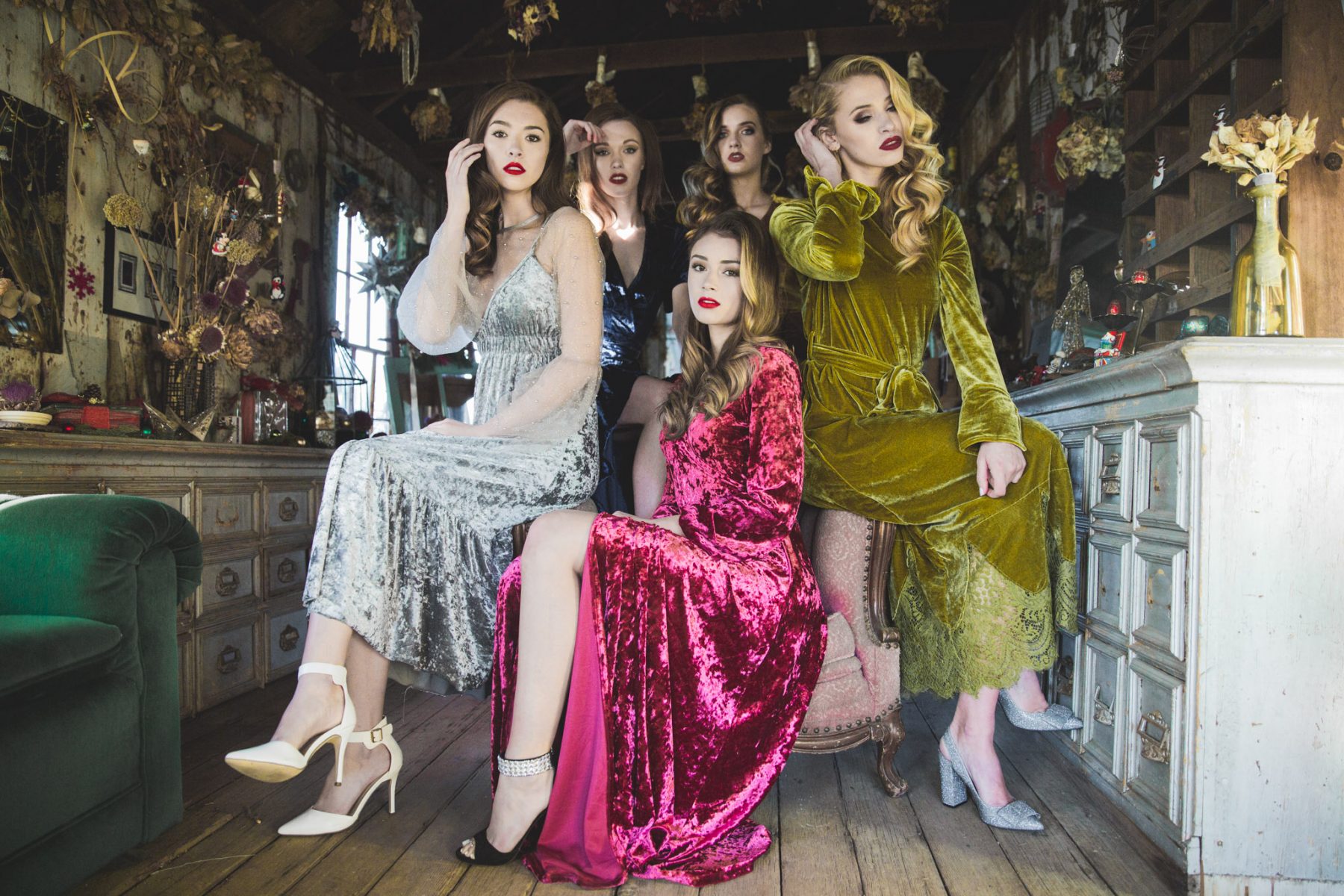 I am a true velvet fanatic. So after accumulating too many velvet dresses in my closet, a photo shoot was the only thing that could justify it! As we were nearing the holidays, I thought it would be most suitable time to do a fashion shoot specifically velvet related. I decided to organize a collaboration among the local hair and make up artists as well as modeling agency to put it all together. Cast Images provided me with all the girls I needed for this idea. They were extremely helpful and I was extremely lucky that the ones I was eyeing were all in town for Winter Break!

I had already tracked down a location that I thought would work for us. Its a stunning little venue in Winters, CA with a adjacent vintage little cottage at Park Winters. The hosts were very kind enough to provide the area for us. Make up and hair was done by 3 different creatives; Diane Shevchuk (make-up), Mariya Yakimenko (hair), and Ernesto Robledo (both.) The girls from Cast were all very sweet and classy during the shoot. They were up for all the ideas that I was coming up with. Although lighting was challenging due to the size of the cottage and overcast sky, we worked with window light to provide for a moody, vintage look that I was initially aiming for anyway!